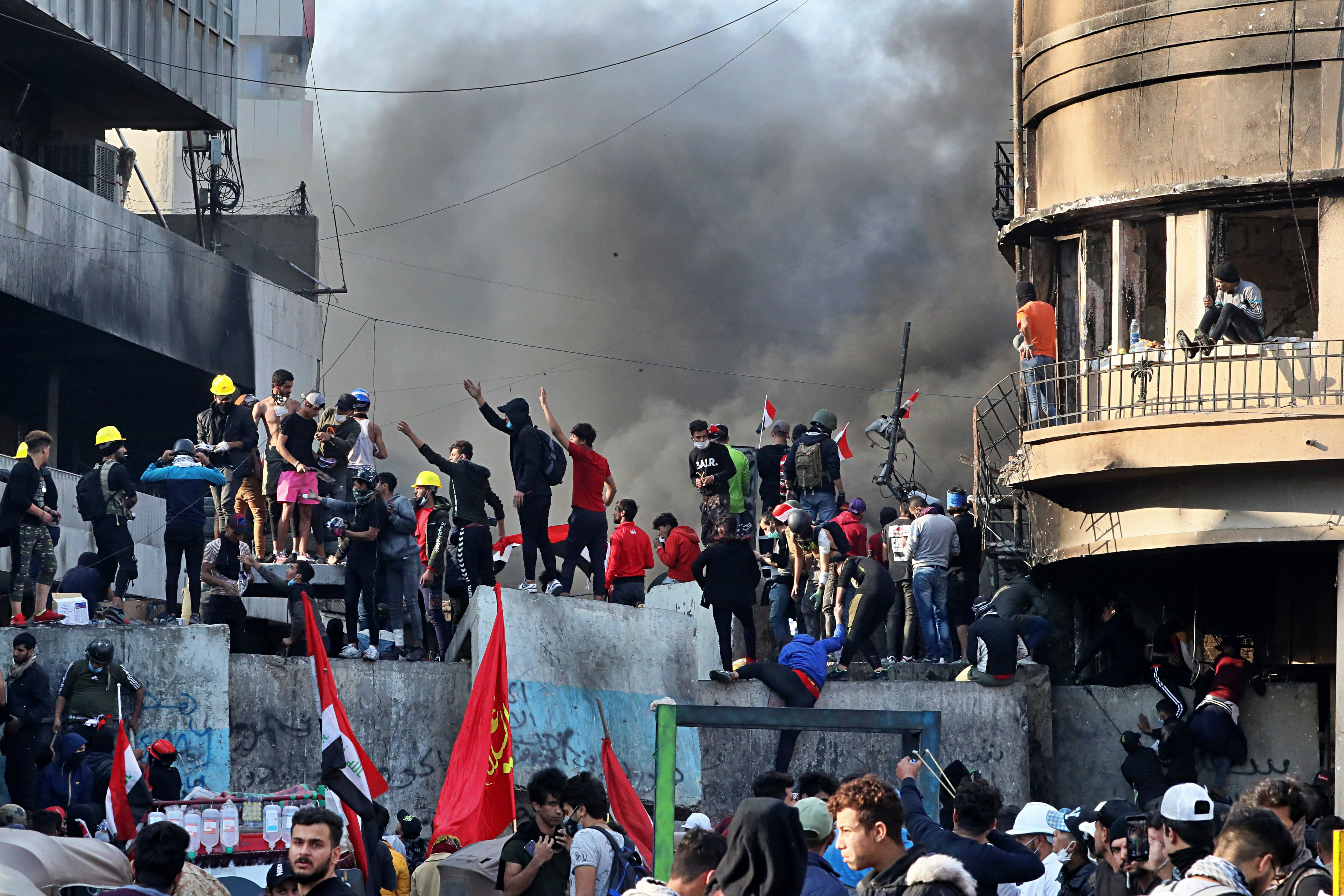 Iraq's Prime Minister Adel Abdul-Mahdi said Friday he would step down following weeks of violent protests and a call for his ouster by the country's top Shia Muslim cleric.

Forty protesters were shot dead by security forces in Baghdad and the southern cities of Najaf and Nasiriyah on Thursday, in a sharp escalation of violence that continued Friday.

Al-Sadr, who leads Sairoon bloc in the parliament, went on to call the protestors to agree on a candidate to lead the upcoming government, suggesting that Abdul Mahdi's decision is the first outcome of the two-months long protests.

The burning by demonstrators of the Iranian consulate in Najaf on Wednesday escalated unrest and led to Abdul Mahdi's resignation.

Iraqis kept up their anti-government protests in Baghdad and across the south on Saturday, unsatisfied with the prime minister's planned resignation and insisting "all corrupted people" must step down.

When the bodies started piling up, public outrage grew to a fever pitch, and the United Nations expressed concerns about the bloodshed, the prime minister fired the commander in charge of the operation and the regional governor resigned, but it was too late to contain the political damage, as lawmakers had already begun planning for an emergency session to hold a no-confidence vote on Sunday.

The Iraqi Parliament is expected to discuss whether to allow Abdul-Mahdi's resignation, but the overall view is that it will be inevitable.

Al-Sistani said parliament, which elected the government of Abdul-Mahdi, should "reconsider its options" in his weekly Friday sermon delivered in the holy city of Najaf via a representative.

Demonstrations set tyres ablaze on three bridges spanning the Euphrates River as hundreds more converged in the main protest camp in the flashpoint city's centre, according to an AFP correspondent.

"I will submit to parliament an official memorandum resigning from the current prime ministry so that the parliament can review its choices", he said. The official spoke on condition of anonymity in line with regulations.

Abdul-Mahdi listed his government's accomplishments, saying it had come to power during hard times.

The UK repeats its call for a peaceful, political solution to the unrest in Iraq, with meaningful reforms that respond to protestors' legitimate demands.

The government, he said, had managed to push through important job-creating projects, improve electricity generation and strengthen ties with neighboring countries.