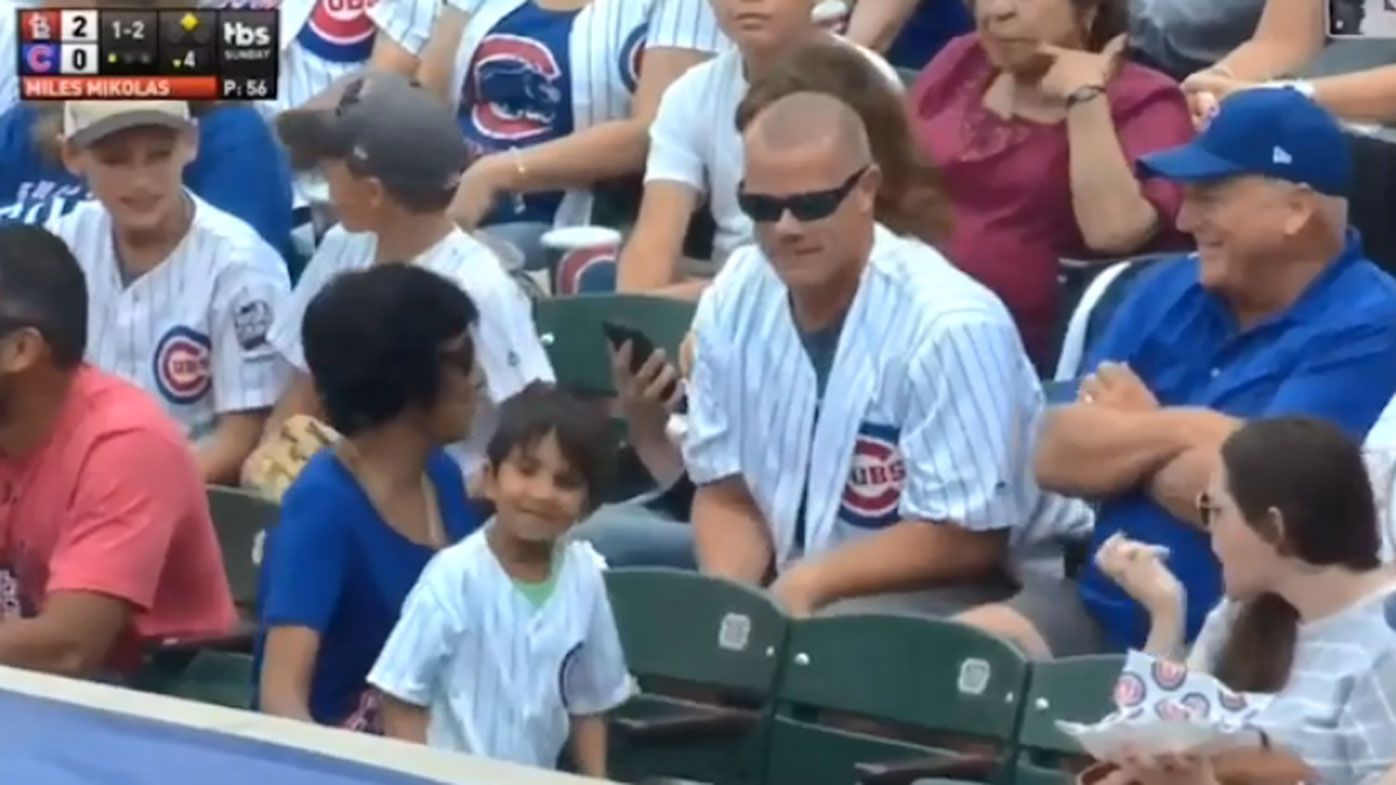 Next time, Cubs fan, think of the kids.

The Cubs tried to make it up to the boy by giving him a ball signed by All-Star infielder Javier Baez. That "should take care of it", the team wrote. Chicago sports talk host David Kaplan spoke to members of the Cubs organization to get the full story. 'The young man has a game used ball and a Javy Baez ball. "All is well. Guy is A-OK so let it go people".

Meanwhile, Jeff, a fan wearing a red shirt in the video, said, "I was sitting next to the boy and the same fan helped him snag a ball a few innings before this". "That guy did nothing wrong".

Not only that, but the boy won't need to pop to the Cubs' clubshop for a while to stock up as he gave him an extra one to play with at home. "The fans in his section left the game giddy with excitement from a great game, most of all our son who had one of the best day of his life".

CBS News reached out to the Cubs but could not independently confirm Kaplan's account. As you can see below, the whole goal of the Cubbies was to provide this young kid with a tremendous souvenir.

Tesla reportedly asks for money back on payments to suppliers
Tuesday, July 24, 2018

Jose Mourinho reveals who will be Manchester United captain next season
Monday, July 23, 2018