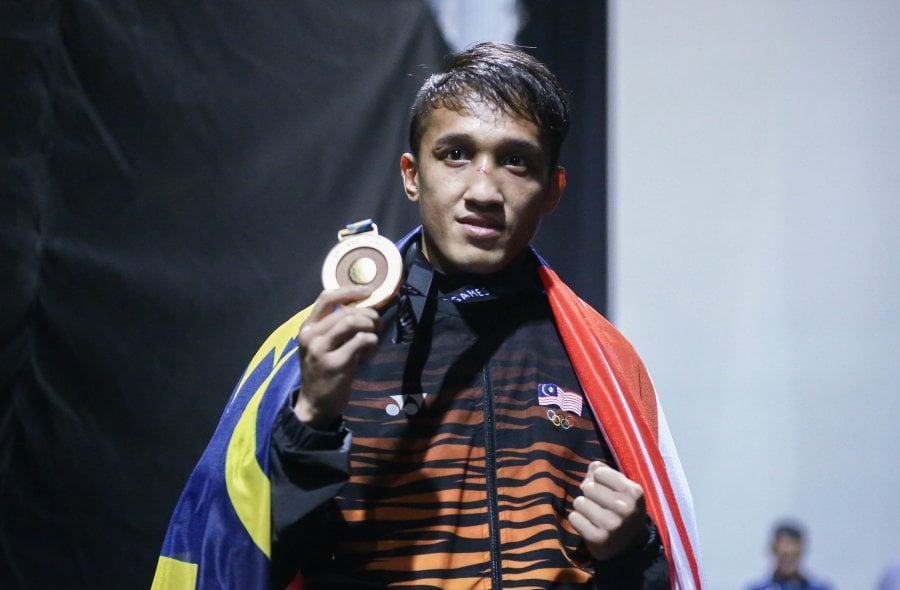 Another Singaporean gold medal came courtesy of Roanne Ho Ru'en, who won the women's 50m breaststroke in a Games record time of 31.29.

This was Quah's third gold medal at the Kuala Lumpur Games, after winning the 100m freestyle earlier in the night and the 4x100m freestyle relay on Monday.

Jantan clocked a time of 10.38sec to beat the Philippines' Eric Shawn Cray by a margin of 0.05sec at the Bukit Jalil National Stadium.

Malaysia's team coach Lim Yew Fai said he was happy with the achievement of his charges, having done so with what he described as minimal mistakes and showing composure under pressure.

The quartet led from the start to finish to touch the wall in 3min 44.38s, breaking the eight-year-old mark of 3:45.73 which Singapore had also set back in 2009 at the SEA Games in Vientiane, Laos.

Two-time gold medalist Daniel Parantac kicks off his quest for another title when he campaigns in wushu in the Southeast Asian Games at Kuala Lumpur Convention Center here Sunday.

Singapore's Samuel Tan Wei Han garnered a score of 9.52 for the silver medal and Myanmar's Khant Min Htet clinched the bronze with 9.36.

With more medals to be decided tonight including in swimming, athletics and karate, the hosts remain at the top with 46 gold, 35 silver and 26 bronze.

Squash is set to add a gold tomorrow from the all-Malaysia mixed final between Ryan Neville Pasqual and Andrea Lee Jia Qi squaring off against Sanjay Singh Chal and S. Sivasangari.